One day in class will we were doing a writing assignment,  we watched this video tittled “Death in Space” and wrote about a funny death. *That sounds not right on how I said it but If you keep reading (Which I suggest you do) you’ll find out what it actually was.* There was about 15 different short animated videos and we chose one to write about if we were in the first person view. There was from accidents like breaking a helmet, to getting eaten by an alien, to asteroids smashing into you and such. I’ll link the video down below for you to watch. 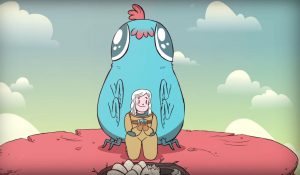 I chose the one where this curious astronaut is exploring some planet and then discovers some eggs in a nest while some were hatched already. When the mother returns, the alien monster thing eats her in one gulp! You can watch the video yourself if you decide.

One day, while I was in space doing my job, I found this new planet Iv’e never seen before. I felt like a found a new discovery! As I landed my space ship, I jump out onto the weird, red rocky texture not sure if this was a good idea or not. As I made my way around, I notice everything is mostly flat but rocky. In the distance, I notice a little hill. I climb up the rocky hill not knowing what will be on the other side, but then I notice there was something cool! I find some white little eggs in what looks to be a big nest. In the corner of my eye, I quickly look and see there’s a live creature. It looked unharmful, so I pick it up into my hands, and just held it there. A couple minutes go bye, and I hear this weird noise that iv’e never heard before. I didn’t really think of it that much as I thought I was just hearing things. But out of no where I thought I ended up in some sort of a dark cave. it just happened so fast! I soon enough realize I’m in a stomach of some sort of creature. That was the end for me.

I hope you enjoyed my post today. Have a wonderful day and thank you for taking time out of your day to read my blog!

Today I’m going to be something a little bit different then I usually post. I’m doing a would you rather post if you couldn’t tell by the tittle already. Basically i’ll write 10 or more questions and then i’ll have my opinions below, be free to comment yours!

2.) Would you rather sleep with 10 different spiders or a hundred crickets and ants? I’d prefer 10 spiders because there is less and i’d get over it after a while because there just dumb insects. 3.) Would you rather have a fingers as a tongue or tongue for fingers? – *That’s probably confusing if you read it fast* I’d have a tongue for a finger because i think that would be pretty funny if you slapped someone.

4.) Would you rather live in a place nearby an Ocean or a forest? For me probably a forest, more likely to be some bike trails, hunting areas, and even a nearby skiing mountain.

5.) Would you rather have any Apple or any Samsung? I prefer Apple iPhone’s but that’s just my opinion, I probably wouldn’t get the 10/X Because I like the home buttons and such.

6.) Would you rather be able to go to space or experience a submarine under the Ocean? Me, I’d go to space. I love the ocean but space is like once in a life time

8.) Would you rather be able to fly or go invisible? I’d love to fly! Are you kidding me? That would be sick! If I want I could fly for a vacation and don’t have to pay the price of a plane aha.

10.) Would you rather play Russian rullet for 20 million dollars with a 1/6 chance of surviving or Have a nice job and get $100,000 out of no where added to your bank account? I’d definitely take the second one, 20 million dollars may be risking your life for you, but not for me.

Thanks for reading! Feel free to comment your opinions on my questions or even my answers.

Have a great day

Today I’m going to be telling you and showing you around some of my favourite spots and parts of my home, the Comox Valley. I have been living in the Comox Valley for almost 5 years now before I moved from Airdrie, Alberta near Calgary, but I find it much more fun here. 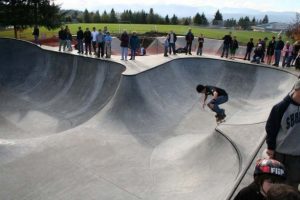 Let’s start with the skate park. I love the skate park here! I have been scootering there with my friends and my brother for a couple years now. It has a pretty nice bowl with some grippy pink paint that pops out well. There is also some stair sets, rails, and ledges to grind on. All the stair sets are different sizes and the jumps are different sizes as well for different levels of riders. Below you can find some photos of the bowl before it was vandalized with all sorts of different pictures and inappropriate words, some is actually some pretty art. Most of the bowl is now in pink. The Skate park is located in Courtenay which is apart of the Comox Valley, and it’s close enough to scooter, skateboard or whatever you do from your home. If your not a big fan of scootering or skateboarding, there is some nice shade under the tree’s with some picnic table benches to chill out with your friends. There’s also a super nice view of the Comox Glacier in the mountains that you could see from almost anywhere in the park. Also what’s cool about the skate park that it’s really close to all the fast food’s, Dollar store, and some other businesses if your ever hungry or just wanna go find some street which I find very fun exploring around.

I’m a new skier, and I think i’m pretty good being able to hit large jumps no problem only on my 3rd time ever skiing. The local ski mountain is Mount Washington, In the summer it’s a bike mountain and in the winter it’s a skiing and snowboard mountain with lots of different lifts and trails to choose from. I prefer the jump terrain. My brother and I, we hit all sorts of different jumps. it’s always a fun time. Here’s a link! Checkout some videos Mount Washington

Finally my favourite place to eat in the Comox Valley is probably Plates. It’s a cool restaurant in Courtenay, which is decorated with a lot of different licence plates around the world. There’s also some other cool things in there other than all the different colored plates, there is some old gas tank things that I find pretty cool. There’s a wide menu of all day breakfast, lunch, and dinner too. My favourite is the Eggs N Benny on the breakfast menu with a choice of ham or bacon, and fruit or hash browns. Yum! Definitely suggested.

Those are my biggest interests, there is also some nice scenery. Ocean, mountains, forest which are all unique and have walking trails. Thanks for reading! Bye, Trey.

P.S. My blog link is treyzz9.edublogs.org 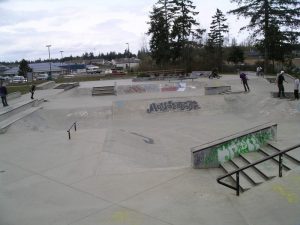 I ride a blue MPG VX6 Nitro and I have been scootering since December last year. It’s my first scooter and I love it! It’s not the lightest but I like having a little bit of a heavy scooter. I ride park and street street is better in my opinion but in park there’s bigger jumps meant for scooters and skateboards and in street you have to find one which may be hard.

I go to my local skate park quite a bit. I go with my friends, my brother, and sometimes my cousin. I’m sure you know what a tailwhip is, but if you don’t, i’ll explain it for you:

You have a deck underneath your feet and basically you jump in the air by doing a bunny hop or a J hop and then you use your feet to flick the deck around and your wrists on the bars to support the spin. When it get’s back to your feet you land and put your feet back onto the deck again.

Do you scooter? What tricks could you do?

This post is a choice post, so I am going to be talking about my taekwondo experience.

Currently I am a green belt, and I recently tested for it. I have been in taekwondo for many years now. I started in Alberta age 6, then had to restart when I moved to British Colombia. I took a year break and now have been catching up.  In this test I had to break wooden boards, do kicks, and since taekwondo is a South Korean sport, we gotta count and know our words such as different kicks, stances and more. Ryan Williams, known as R-Willy, is a BMX/Scooter rider. He is 23 years young and rides the Nitro Circus mega ramp. He has broken over hundreds of world records! He lives in Gold Coast, Australia and goes on tour with his Nitro Circus crew. They travel all across the world and recently did a tour in South Africa. But sadly, his tour got cut early, Ryan was sent back to Australia because he separated his shoulder doing a front flip 360 tailwhip barspin on bike. He also has a YouTube Ryan Williams with over 600,000 subscribers. Ryan  shows confidence. He demonstrates this by being confident saying he could do this trick and all his crew and fans in the stand cheering him on! He needs the confidence and focus on landing the trick as well. If he lands wrong he can cause serious injuries or even death! If he misses the landing I don’t think it would be very good for Ryan. If he decides to do a flip or a spin trick  (or them two combined), he needs to know where his landing is and when to straighten out to land.

Another trait is risk taking. He is risking his life and his career which is scootering and biking which he has been doing for years even decades.

He is also very compassionate, he’s not one of those guys that do bad things or makes fun of less talented people or anything. He tries to inspire people to learn and become a better person and what not. He is always nice to his crew and skate park friends. If he fails a trick he will just get up and try again, then laugh it off after wards.

At the top of this post you may see a video of Ryan Williams. It’s a short film that has tricks never released and lots of world firsts.

Thank you for reading! Do you scooter or bike? What tricks can you do? 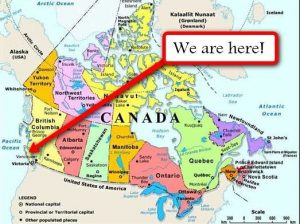 My name is Trey and I’m 12 years old, in grade 7, and live in the Comox Valley, British Colombia.

I like to scooter, ski, bike, hunt, fish and mostly all outdoor stuff. I do taekwondo twice a week and a paper route twice a week as well. I’m a green belt and testing for my blue stripe at the end of the month

I have a younger brother, an older sister which has a baby which makes me an uncle to a 8 month old baby.

Have a great day,

adopt your own virtual pet!